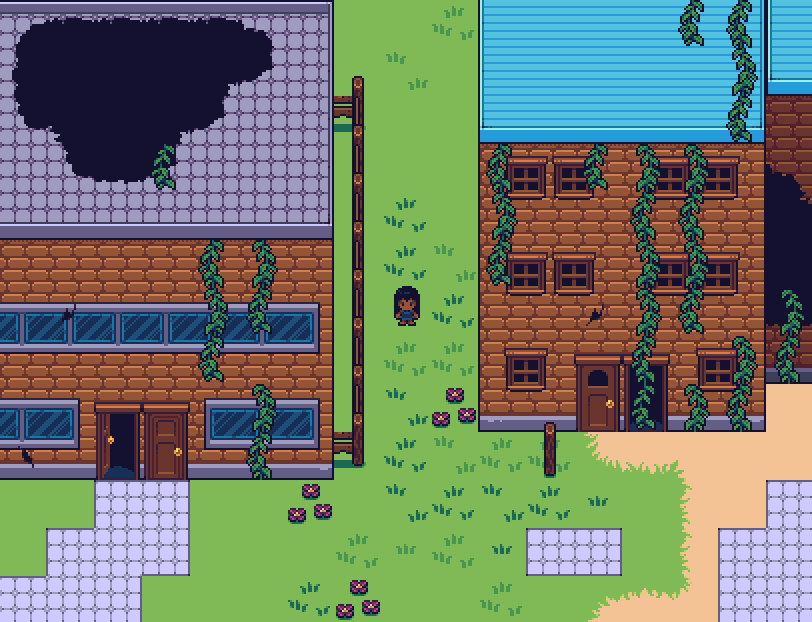 I've been kind of keeping up with my self imposed schedule... kind of. Sometimes you get bored of one part and you have to work on other parts instead so you can at least get something done. I've gotten to a point where I'm about halfway through the new content for 0.2, and now I'm taking a break to finish up some areas of the Nexus that weren't accessible in the 0.1 demo. The Nexus keeps getting bigger and bigger... it's becoming it's own world in a way. I don't know if that's a good or bad thing, lol. I've also shuffled around some parts/ entrance points to worlds because I felt the distribution of them was off. 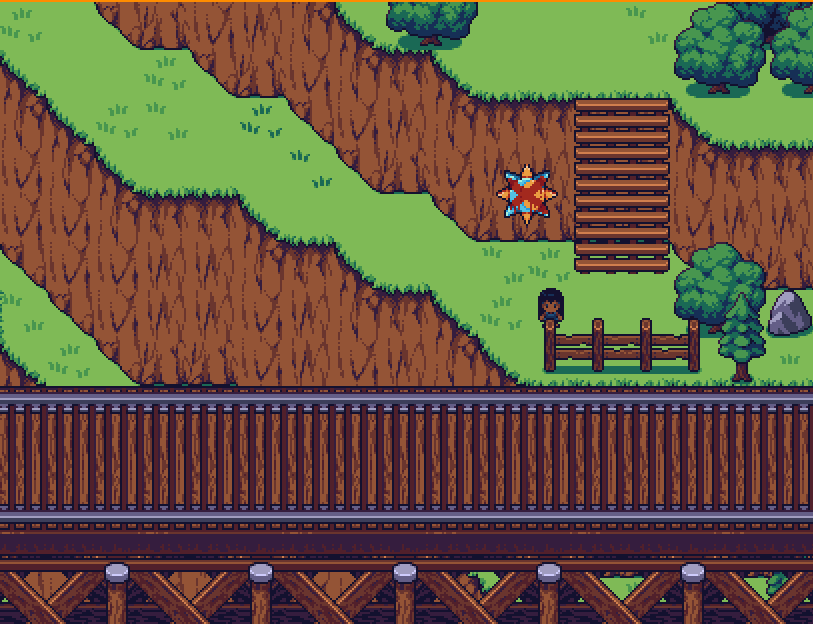 In other less pleasant news...

From my research It seems that RPGMaker games are not able to handle screen readers. I was hoping this wouldn't be the case, but unless I'm missing something there won't be an easy way to have it work. I've wanted to keep this game as accessible as possible despite RPGMaker's limitations, so now my options seem to be either find someone who can code that functionality in or find my own hackney way of doing it with common events and text to speech files. Both of those options call for an amount of labor and money that I don't have at the moment however, so for now the game is just not going to be low vision/blind friendly. Maybe one day...

I'm hoping to finish my current WIP worlds in about a month or two, and then do some polishing and maybe put out a new demo? Then I'll be on to the next two worlds!

Oh! Also! before I forget, I changed how the swim effect was coded, so it will actually work correctly when you use a mouse. Instead of you moving one tile at a time and having to click over and over to get to where you want you'll be able to just click once like when you're on land. It's funny, when I first started this project I purposefully disabled the mouse movement and sprint because I wanted it to be faithful to Yume Nikki, but now I can't imagine the game without them.

Thanks for following the development of Nocti! See you next month!

Travel through the Otherworld to find the Orbs of Creation and fulfill your destiny!

swinging by to send u some game dev strength! Nocti is so charming, I can't wait to play the next build of it when it comes up! Have a good one :)

heyy, i really liked playing this, but you should make a walkthrough, sometimes i find myself lost and walking around the same places without finding any tips or effects or anything at all, and that dude at  the mountains who's supposed to help seems to be stucked between the wall and the back door, so he won't come to me when i ring the bell. also, i found another human at the ant city but nothing happens when i try to interact with her, she appears at two houses. i can't find my way back from the portal at the roadmill... argh i must suck at this game, actually, i can't find a way to the top of the mountains... but i really like the story, the characters, the diversity, all of it, i just don't know how to really play it, apparently :s

No you're okay! Most of the game isn't finished yet, so there's going to be places that aren't as polished as I'd like them to be, or be missing items or npcs that will move story along.

The game is vague with its directions and goals because it started off as a Yume Nikki fan game. The mysterious, unclear motives of Yume Nikki work because it's a game based on exploring dreams. Nocti was originally like this but over time I came up with a plot and I have honestly wondered if the game should be changed slightly to reflect that. This is confirmation for me tbh, so thank you!

There's also no guide because I figured either someone would write one on the YNFG wiki, or no one was interested enough in it. I will definitely start work on a simple guide, and then possibly make a larger, old school strategy guide style pdf that I'll have as a free download.

As for the humans in the ant city and the Molemin being stuck between the wall and back door, i'm going to need more information on those since they sound like bugs. Itch doesn't have DMs so I would greatly appreciate if you contacted me on Discord at Nuxill#7870 or Twitter @Nuxill!

Thank you for your interest in Nocti! I'm glad you've been enjoying it despite being frustrated with it.

thanks for replying :) i think i must have solved the molemin situation, now i can interact with it, after the talking to the sad girl that ran to his place. as for the humans, i will try again, maybe it can be fixed by itself. if not, i will try to contact you at discord.

also, i made a little bit of progress, just found the kitty costume... still trying to locate the swim effect :s lol